We’re so excited to announce the opening of our newest salon on West London’s Portobello Road! Near Ladbroke Grove and Westbourne Park tube stations, the world-famous colourful street will be home to our 10th salon.

As ever, the bespoke salon interior was designed by Blue Tit co-founder and director Perry Patraszewski. For Portobello, Perry took inspiration from the iconic design school Bauhaus and fused this with rich, earthy block colours and geometric forms.

We co-founded the new salon with Kamila Pruszek, the talented stylist and colourist who has worked at our Dalston salon over the past 5 years. 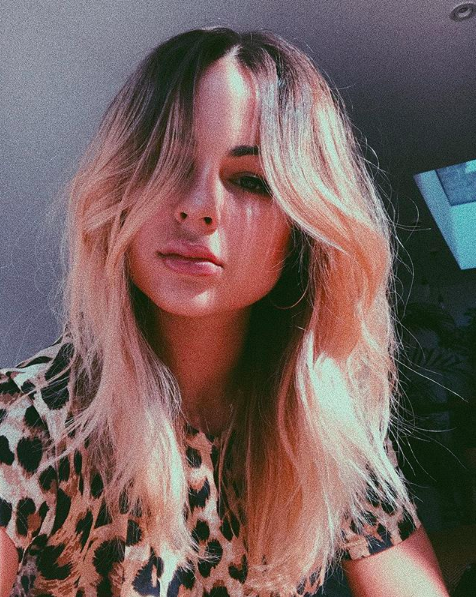 “I didn’t even speak English when I joined Blue Tit five years ago,” says Kamila. “But I knew that I needed to find a cool salon with high standards so when I came across Blue Tit I knew I had to work there no matter what. I remember my interview with the founders and despite the language barrier making things frustrating, they gave me a chance after they’d seen my work. I was so excited to get the job!”

“The first couple of years weren’t easy but I could see how my skills were improving and my English was getting loads better too. After two and a half years I became the manager at Dalston – it was a massive step forward for me. One of the best things about Blue Tit is that they support your development. I never thought managing people was something I could do, but they saw something in me and knew I could.”

“The vibe in the Blue Tit salons is amazing, full of super talented, cool people who make Blue Tit what it is. I’m excited to start a new salon from scratch, create a new team and share what I’ve learned in the past five years with others. And obviously being my own boss is a bonus!”

The Most Important Beauty Trends of 2020

We now offer an even more in-depth consultation service to give you...

It’s #WorldMentalHealthDay and we caught up with our Oxford Circus’ salon manager Oliver Drama Amodio to...